To assess the current forms of evaluating the effectiveness of no-fault exercises and offer alternatives, several individuals with a great deal of experience participating in and planning tabletop exercises were interviewed.  This cadre includes former senior representatives with the Department of State, a Senior Policy Advisor to the White House and Department of Energy, a Deputy Under Secretary of the National Nuclear Security Administration, an Exercise Director with the Federal Bureau of Investigations, a former Navy SEAL, an Assistant Administrator for Protective Services and Security with the National Aeronautics and Space Administration, a hospital Emergency Manager, and a Senior Exercise Planner.  These interviews yielded a broad and detailed view on how tabletop exercises are currently evaluated and how they could improve.  Moreover, over 100 articles, governmental committee and subcommittee notes/reports, journals, after-action reports, and thesis were reviewed to gain a strong knowledge of how tabletop exercises are evaluated and whether they are effective.

This qualitative information is extremely vital and shows a tabletop exercise is effective, but this information is not always easy to gather.  In almost every interview that was conducted, a common theme regarding the best way of obtaining great qualitative response was if the exercised remained no-fault or non-attributional, allowing an open, honest environment.  The reasons stated included that assets are more likely to admit faults, vulnerabilities, or lack of understanding or a shortfall in a plan/procedure if they are not worried about their job. This makes sense considering that participants may feel more comfortable speaking if they are not being graded.  So, if a no-fault tabletop exercise yields the best qualitative responses, can it also provide quantitative results to determine effectiveness?

Raw, not well developed, quantitative assessments currently exist in the tabletop community but they are not well known and there is no standard.  It would be useful to have standardized quantitative assessments to assist public and private organizations determine if the money being spent by their organization is going to good use and the tabletop exercise is worth attending.  With a lack of available quantitative metrics, it is prudent to look at ways to quantify the results of a tabletop exercise to compliment the qualitative data.  Furthermore, for the purpose of this paper, it was stated that exercises may be more effective being non-attributional, so we will also mull over this as the type of tabletop exercise being considered.

Three forms of quantitative assessments should be considered to assist government agencies and private organizations with determining effectiveness for a no-fault tabletop exercise.  These include a pre/post test combination to help identify the percentage of improvement, a numeric count of observations during and post exercise, and a rubric as an assessment tool.

Conducting a pre and post test among players and observers (observers typically consist of other invited responders not sitting at the player’s table) is a way to gauge a level of improvement in understanding, knowledge, and collaboration.  Participants would take a test to indicate their understanding of response to a disaster, level of knowledge on the particular threat, and how well they know who would be responding/in charge of a particular incident.  Then following the tabletop exercise, the participants would take the same test and the results would be compared between the two.  From that, a level of improvement could be gathered providing some quantitative gauge of exercise effectiveness.

Another potential way to gather quantitative data from a tabletop exercise could be in the form of counting the number of observations either during an exercise or post exercise.  During a no-fault exercise, an unbiased observer could be included not to grade or place fault, but to instead count the number of observations that a participant learned something, a vulnerability was identified, a gap in a plan or procedure was identified, or an agency stated they were unaware of a particular response or response asset.  The observations could then be sorted and tallied.  This could also be done post- exercise counting the number of changes made to plans, policies, or procedures, as well as anything else that may have resulted from the exercise experience.

The final suggestion that should be considered is an original contribution from the research for this paper.  This rubric was designed considering the great number of tasks and objectives that may be included in a tabletop exercise. Table 3 is shown in its full capacity below.

To utilize the rubric, exercise evaluators would read the tasks listed on the left and employ the descriptions listed beside the tasks to determine a score for the specific task or question listed.  Each task would receive a 1 (lowest quality), 2 (average quality) or a 3 (highest quality) based on how well the tabletop exercise fulfilled the task.  The culmination of the tasks/questions listed in the rubric should fulfill the purpose and goals of the exercise.  Hence, a score toward the higher end of the max scoring should indicate exercise effectiveness.  In the example in Appendix 1, the minimum score would be a 20 with a maximum value of 60.  Considering the range, a median score of at least 30 may indicate an effective exercise, but it would be up to the designer of the rubric to identify the threshold based on the number of tasks/questions listed and their respective values.   One other suggestion to the rubric might be assigning a greater weighted value range for tasks/questions that have great importance.

Who should complete the rubric?

In this assessment, it would make sense to utilize two groups to fill out this form following the exercise.  In the first group, the players should be considered the primary responder to the rubric.  They will be the main focus and it will be their response to the exercise scenario that will be gauged.  The rubric could remain anonymous since the exercise in no-fault and will not be a factor in gauging the results.  Additionally, the tabletop exercise remaining no-fault may foster more honest response from the players.  The second group that would complete the rubric consists of site agents that have expert knowledge and experience with tabletop exercises.  They may be individuals that assist in the setup and reality design of the exercise, but are not a part of the exercise planning/facilitation team and have no stake in how well the exercise performs.  Ideally this would be someone who can observe the exercise, but one who is not a player or providing response during the exercise.  Lastly, a combination of the two may be the best model.  By obtaining a score from both the players and the site, one could compare the averages between the two sets to see any deviation of appeared effectiveness.

Considering the potential alternatives to the current quantitative metrics available, the rubric may provide the most value to gain a quantitative insight from a no-fault exercise. 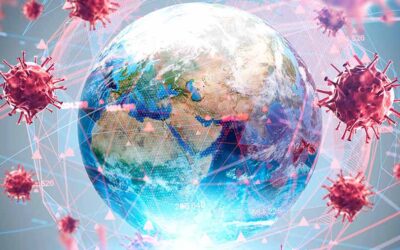 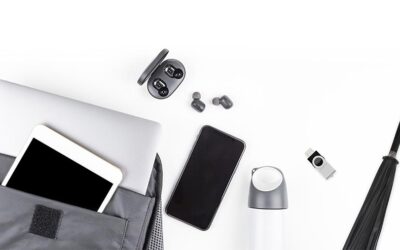 Download this FREE resource to help prepare your Public Information Officer (PIO) Go Kit to be ready for a crisis at a moments’ notice. 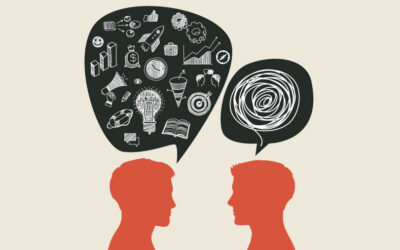 Tools and resources from the Centers for Disease Control on communicating your message clearly and affectively to your audience the first time.

This website uses cookies to improve your experience while you navigate through the website. Out of these, the cookies that are categorized as necessary are stored on your browser as they are essential for the working of basic functionalities of the website. We also use third-party cookies that help us analyze and understand how you use this website. These cookies will be stored in your browser only with your consent. You also have the option to opt-out of these cookies. But opting out of some of these cookies may affect your browsing experience.
Necessary Always Enabled

Any cookies that may not be particularly necessary for the website to function and is used specifically to collect user personal data via analytics, ads, other embedded contents are termed as non-necessary cookies. It is mandatory to procure user consent prior to running these cookies on your website.